I spent three weeks driving around and through the amazingly diverse landscapes of Namibia, with a brief foray into Botswana. Equipped with a solid 4×4 with dual gas tanks and a good supply of water, I was still was a little hesitant starting out, not knowing what terrain I would encounter along the trip. I began my journey by spending the night in the capitol city of Windhoek. If you’re ever in the neighborhood, check out Joe’s. It’s a huge restaurant, with several bars and shaded out door seating. You can order a sampler plate the consists of, I think, one of every animal.

From Windhoek I headed south toward Keetmanshoop to check out Giant’s Playground, and the Quiver Tree Forest. Neither was to disappoint. Giant’s Playground consists of massive stones in piles, some up to 80 feet tall, littered across miles and miles of desert. It would be easy to get lost in the meandering paths between these monoliths. You could spend as much time in the area as the amount of water you can carry would allow, and not see a single soul. The best time to walk through the Quiver tree forest is at sunrise or sunset, when the low angled light sets fire to these massive members of the Aloe species golden bark. It’s also a great time to watch the playful hyrax run about with their families.

Next it was on to the costal port town of Lüderitz. Home of some of the worlds best oysters, and kite surfing. It was a strange place, it felt like what imagine the wild west to have been like, of course with some modern conveniences, and people selling pirated music everywhere. Just a few miles inland is the ghost town of Kolmanskop. A few streets lined with work houses and mansions that have long been overtaken by the constant battering wind coming from the north across the Namib Desert. I was able to spend four hours in this magical wreck complete alone, taking photographs and enjoying the silence of the desert… except when the wind would pick up, then I had to cover my gear, and run for cover.

The wind didn’t relent at my next destination, Dessert Camp. It’s actually called Desert Camp, and is near one of Namibia’s most visited parks, Sussusvlei. My guide into Sussusvlei told me that they get wind the first week of winter. I wasn’t to sure if I should believe him that the first week of winter was the only time it was windy, but his designer sunglasses and rhinestone encrusted shirt inspired confidence. I’m not being sarcastic, he looked sharp. The wind wasn’t so severe that it ruined my day, the sun was shining and the massive orange dunes contrasting against the blue sky were amazing. At the end of the road I took a short hike into Deadvlei, a white clay pan that was cut off from the nearby Tsauchab river by dunes. The camel thorn trees in the vlei died as a result, but their desiccated trunks remain as a reminder of the unforgiving nature of the desert.

Swakopmund, traveling a little further north, gave a brief respite from the isolation encountered while driving hundreds of miles on dirt roads and rarely seeing another person. The guest house I stayed at was run by an artist and her family. We talked for hours, and watched a documentary her 15 year old son had just completed about the Democratic Resettlement Community which was founded in 2001 for people waiting for subsidized housing to be built. It was amazing to see a glimpse into these homes that most westerners would consider shanties. Often made of corrugated sheeting and other random materials, many of the houses looked quite homey inside, and had most modern conveniences, including massive flat screen TV’s.

I was told by my new friends from Swakopmund that the next leg of my journey was quite boring, and suggested an alternate inland route. I decided against their advice, the Skeleton Coast was one of my main attractions to visit Namibia in the first place.  Dubed, “The Land Made in Anger,” and also given the moniker, “The Gates of Hell,” by Portuguese sailors, the Skeleton Coast runs for hundreds of miles, the road crossing this great expanse is made on evaporated salt. The area is reported to be lined with shipwrecks. I only say one. Apparently the ships that get trapped by the great ocean currents in the region are quickly salvaged. I was told you can take a plane up past where the road stops and see more wrecks, but I had to move on.

One of my final stops in Namibia, before crossing over into Botswana was Etosha National Park. I had seen game almost every day on the drive so far, and was even confronted by a heard of angry wildebeest one day while hiking near Keetmanshoop, buy in Etosha I finally got to see the wildlife people come to Africa to see. lions, giraffe, warthogs, zebra, lilac breasted rollers, massive foot long millipedes, black rhino, etc… I didn’t see elephants, so I was slightly disappointed.

My last major destination on the trip was the Okavango Delta. To get to my hotel, I had to drive across rivers, and a 14k stretch of deep sand. That doesn’t sound far, but it took over an hour of white knuckle driving. It was worth it though, the hotel was right on the delta, the first thing the proprietor warned me about was a hippo that had been coming up onto the property at night. The Hippo is one of the most cantankerous, dangerous animals in Africa. I was on the look out as I made my way to my room, where upon arrival I laid down for a rest, and was awoken immediately by banging on all parts of the corrugated metal roof. I poked my head out the door, and looking at me, head hanging down below the arbor, was a monkey. He had several friends that decided that my roof was their playground for the day.

After a few days spent taking mokoro rides through the thick vegetation watching for crocodiles and hippos, looking down into the deep, clear waters of the delta, I headed around to the southern edge to visit Nxai Pan National Park, where I finally got to see elephants, so close up that the hood of my truck almost was crushed. I was shooting some members of the family playing in a watering hole, when big pappa came out of the brush. He didn’t look to concerned that I was in his path. I quickly threw the truck into reverse to get out of his way.

The last few days drive I had a few more stops on the way back to Windhoek to catch a plane back to NYC. I was a little sad. I’ve always loved the desert, but I’ve never experienced one so unpopulated by humans, and so populated by wild life. I definitely hope to explore of Africa in the near future. 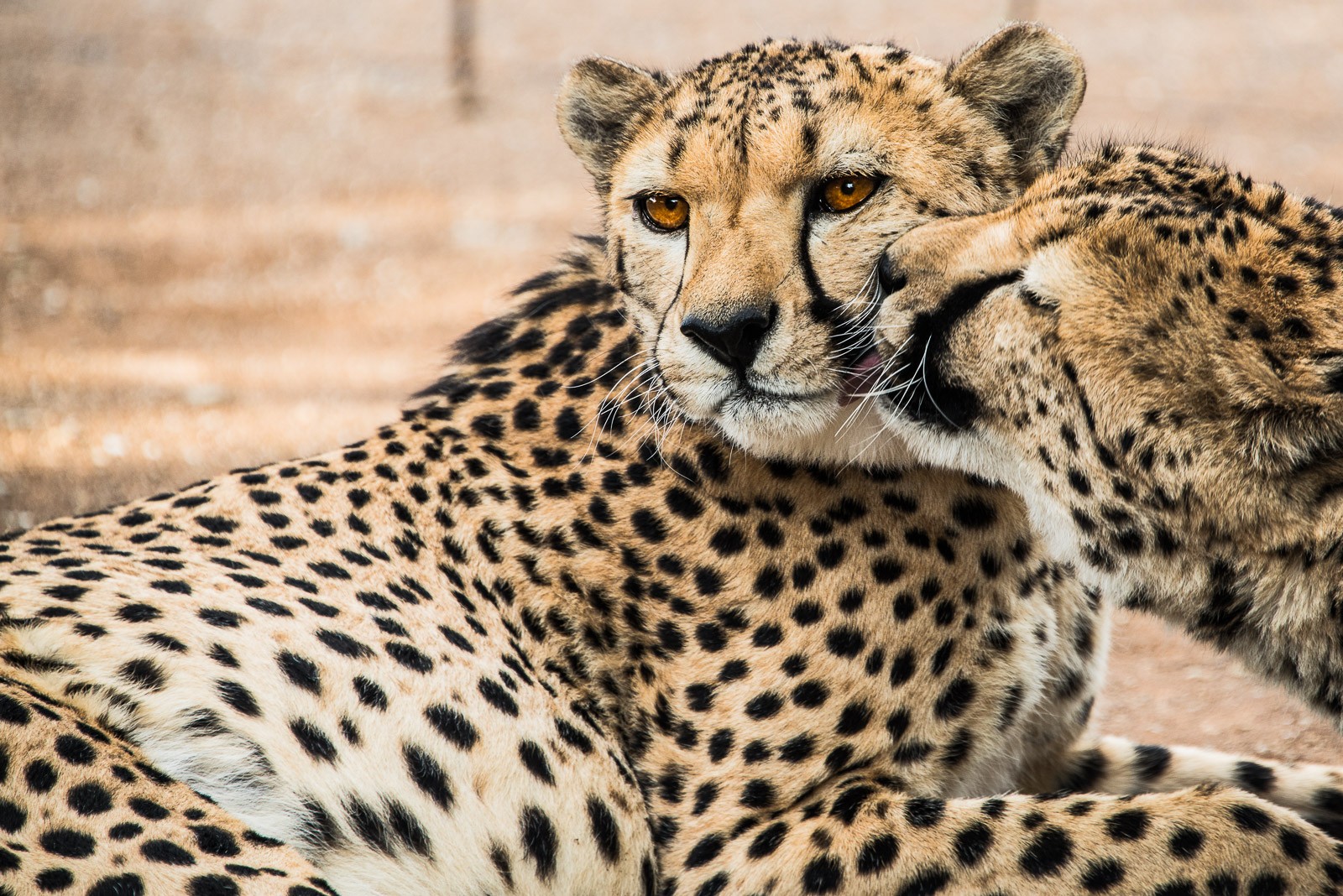 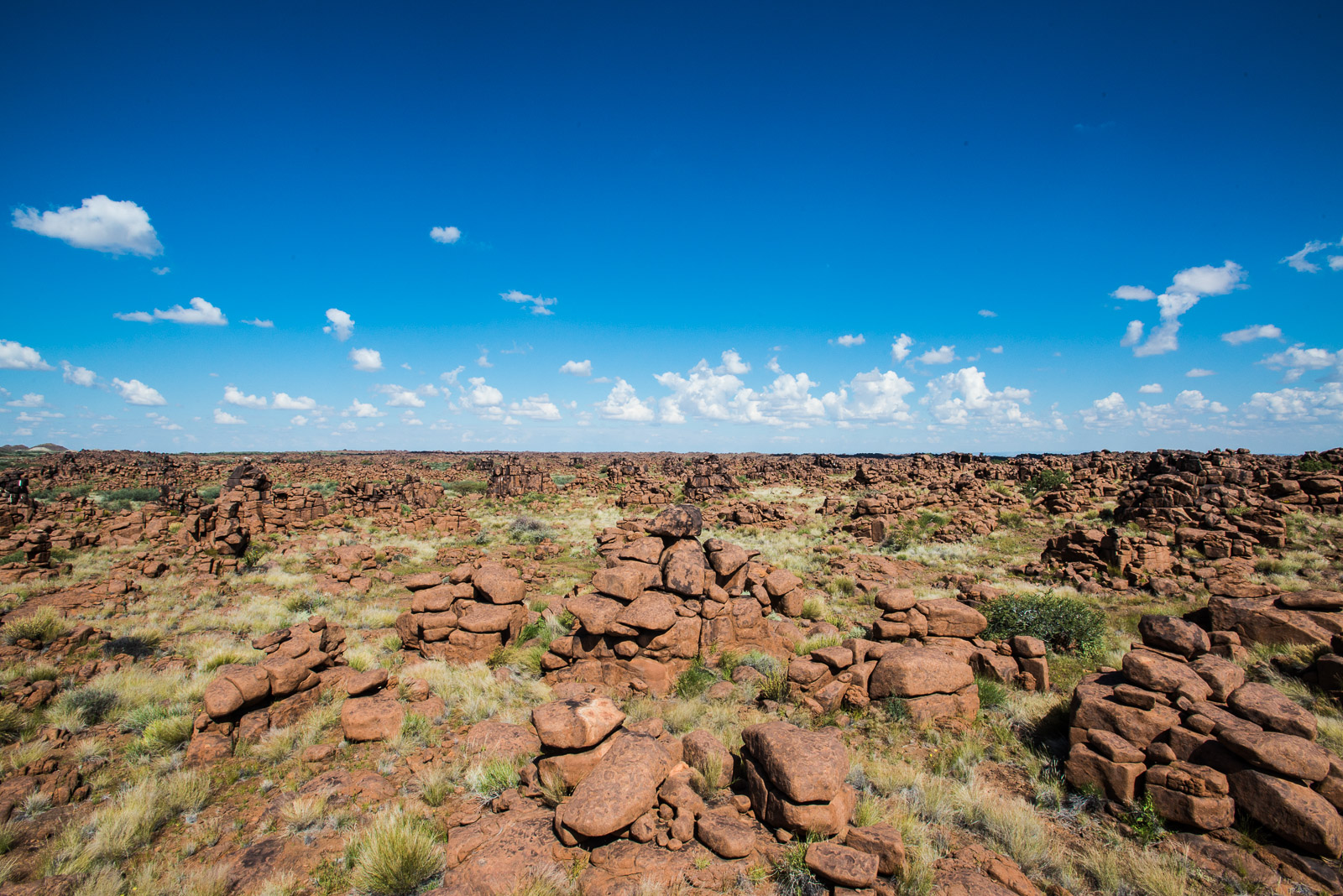 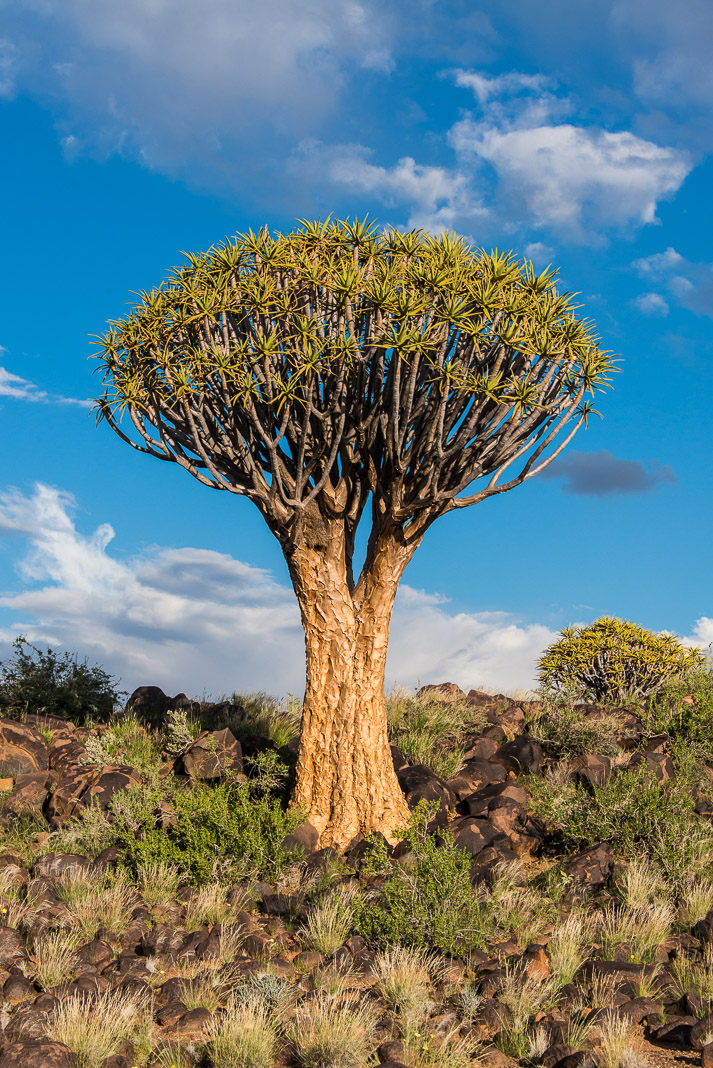 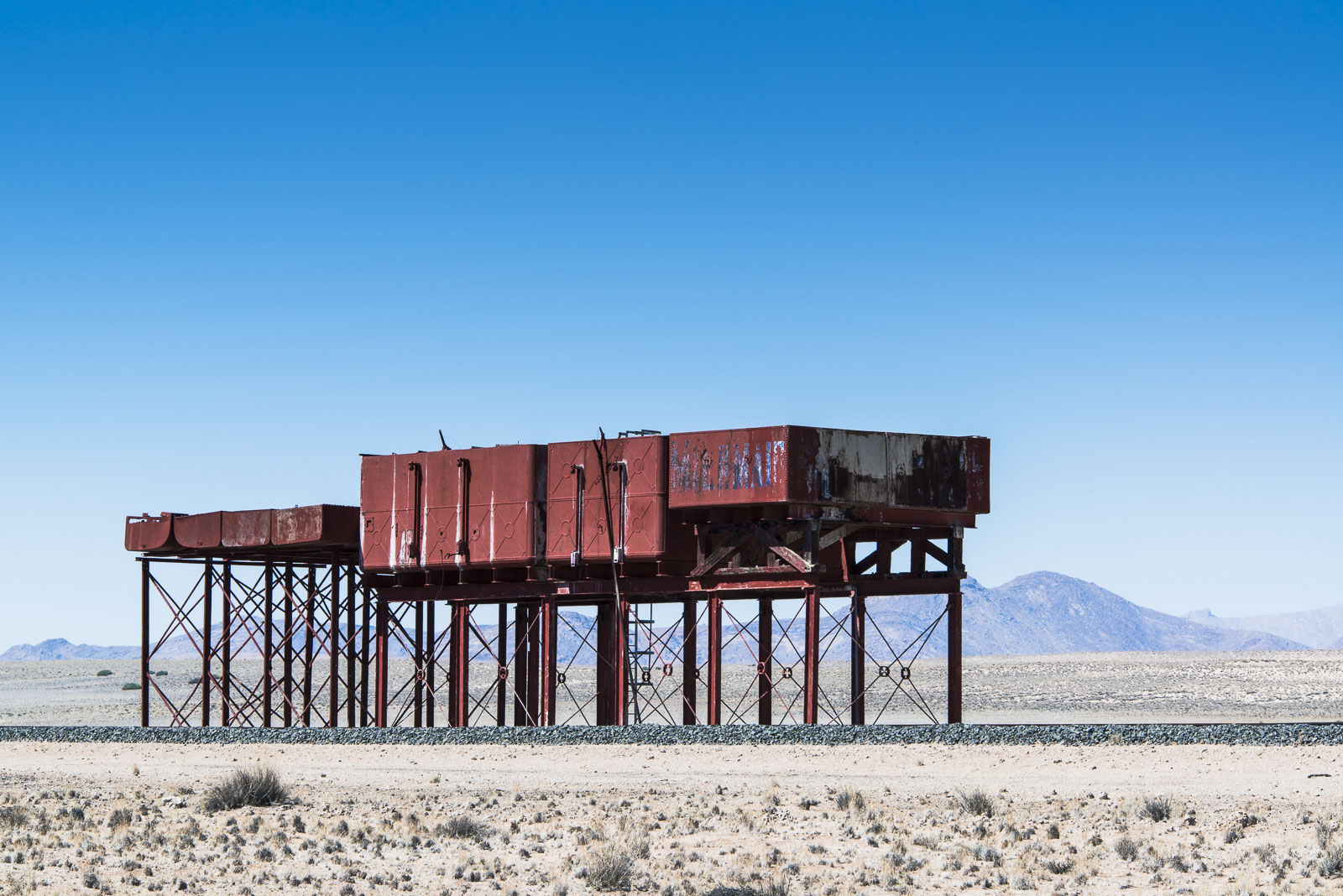 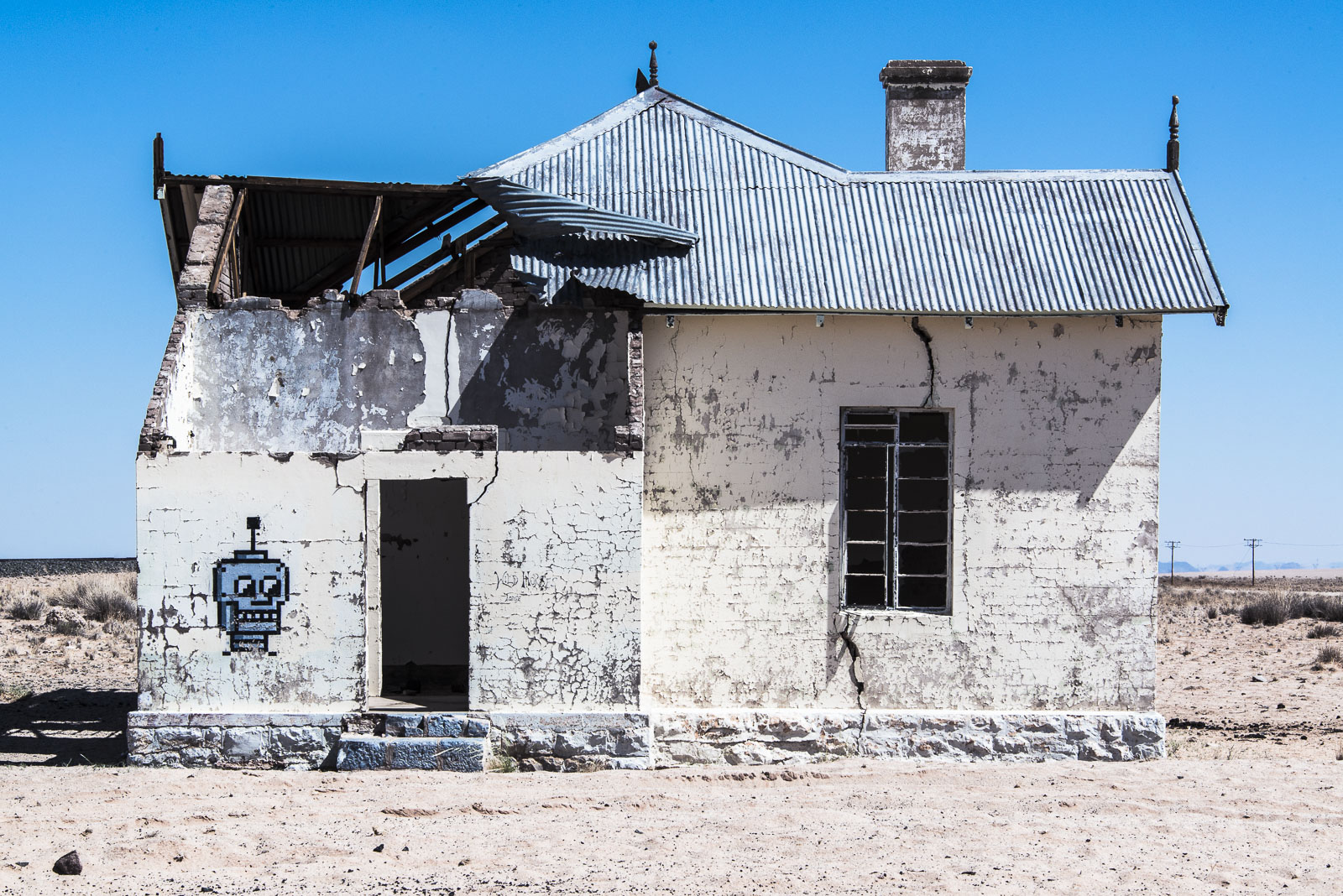 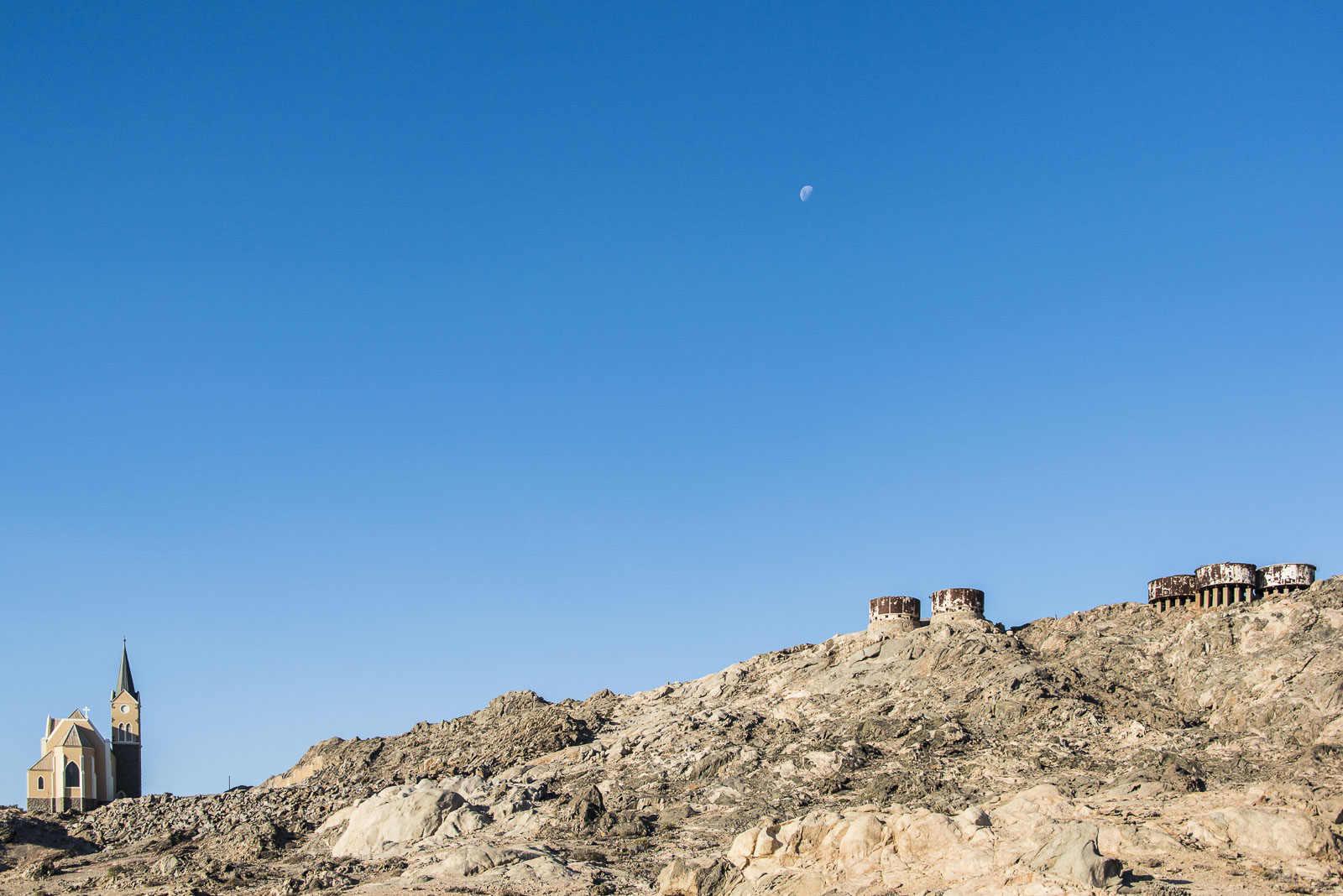 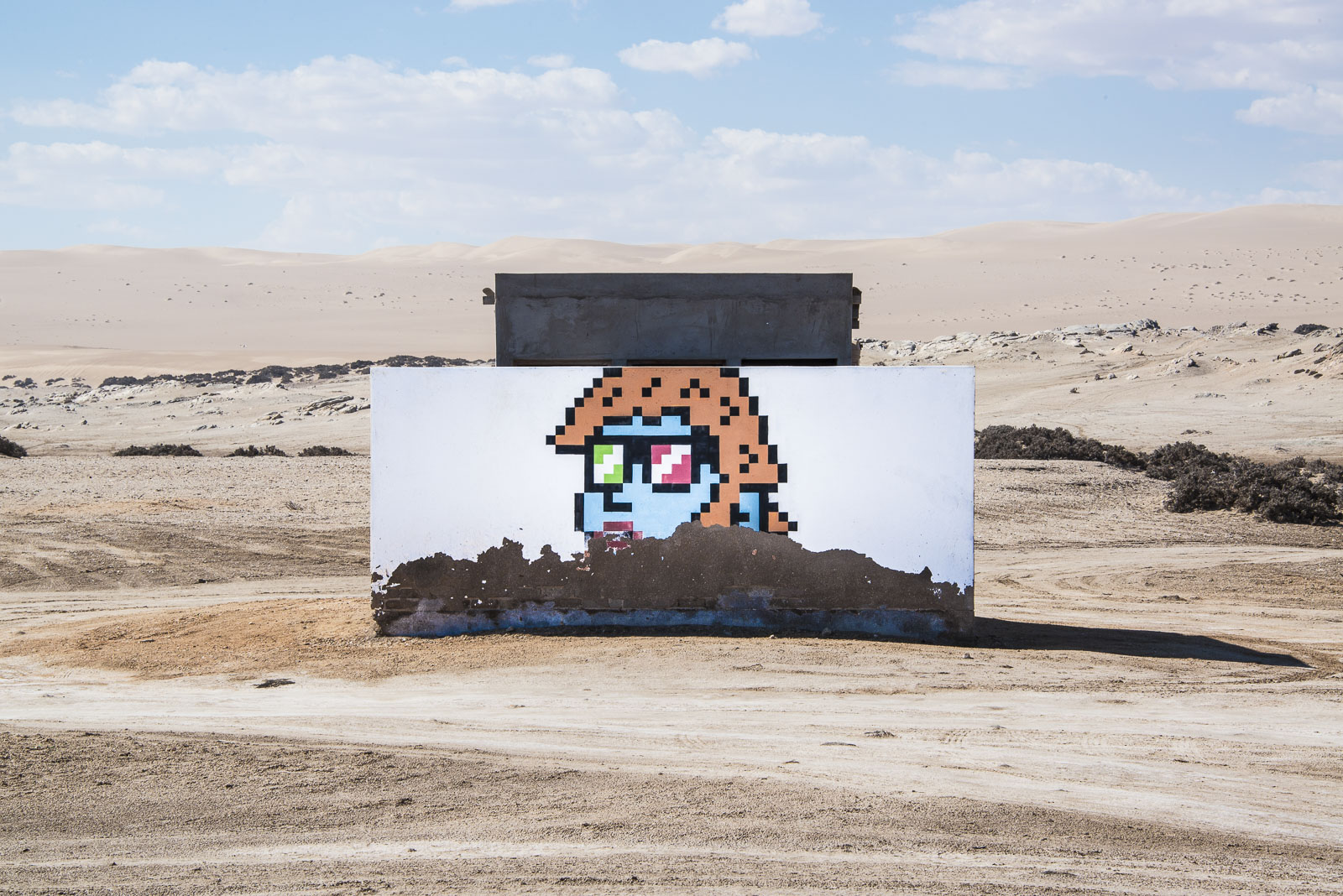 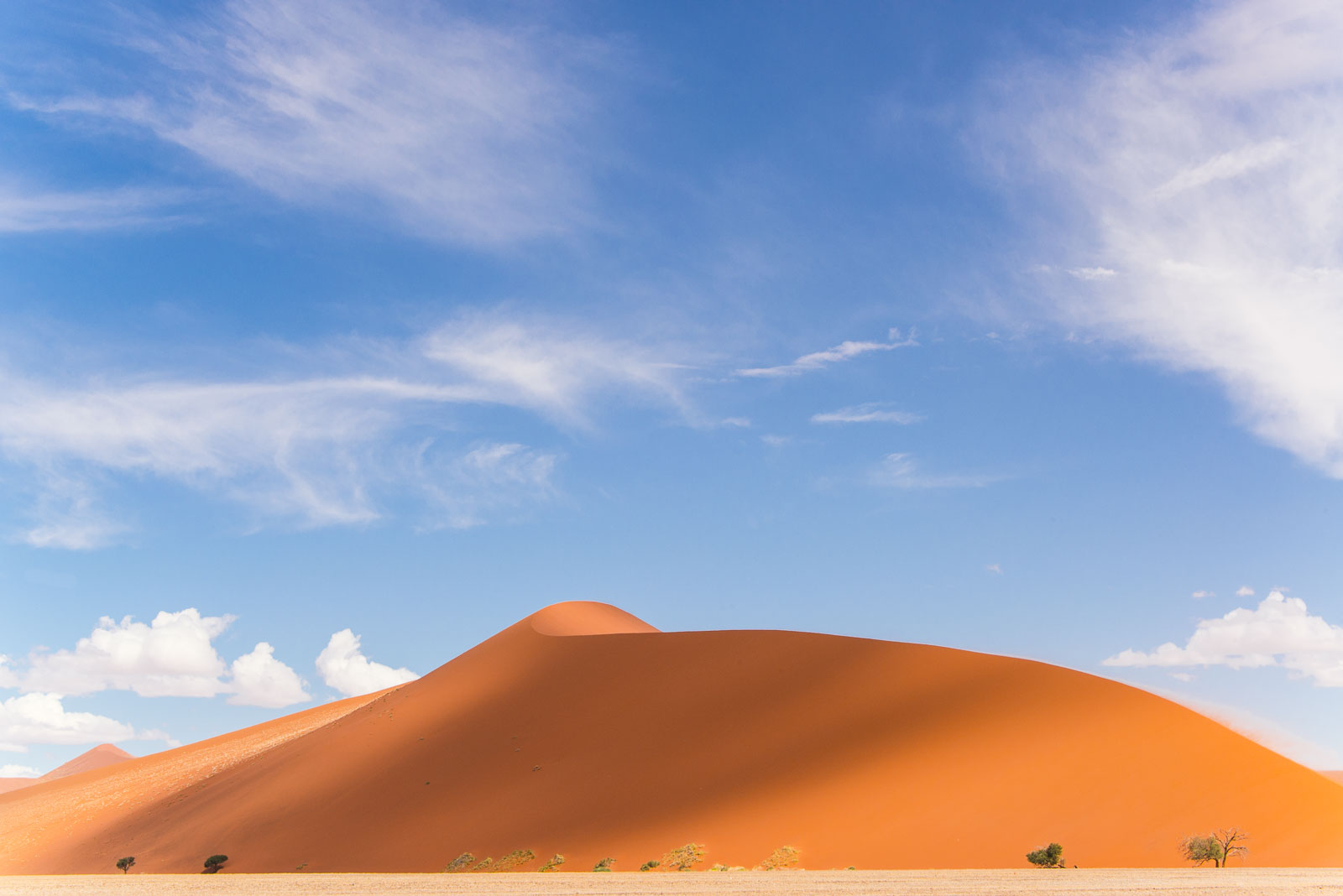 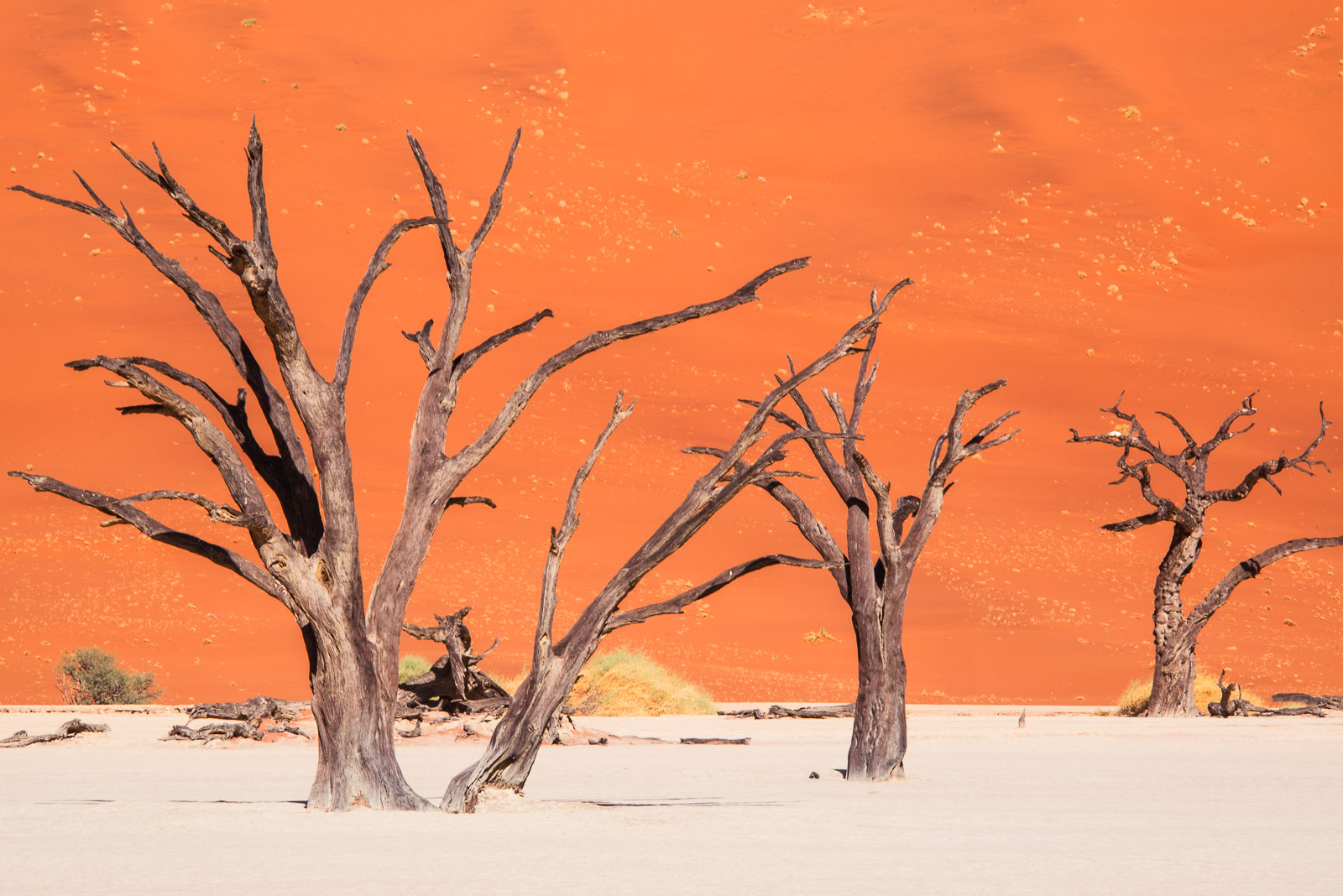 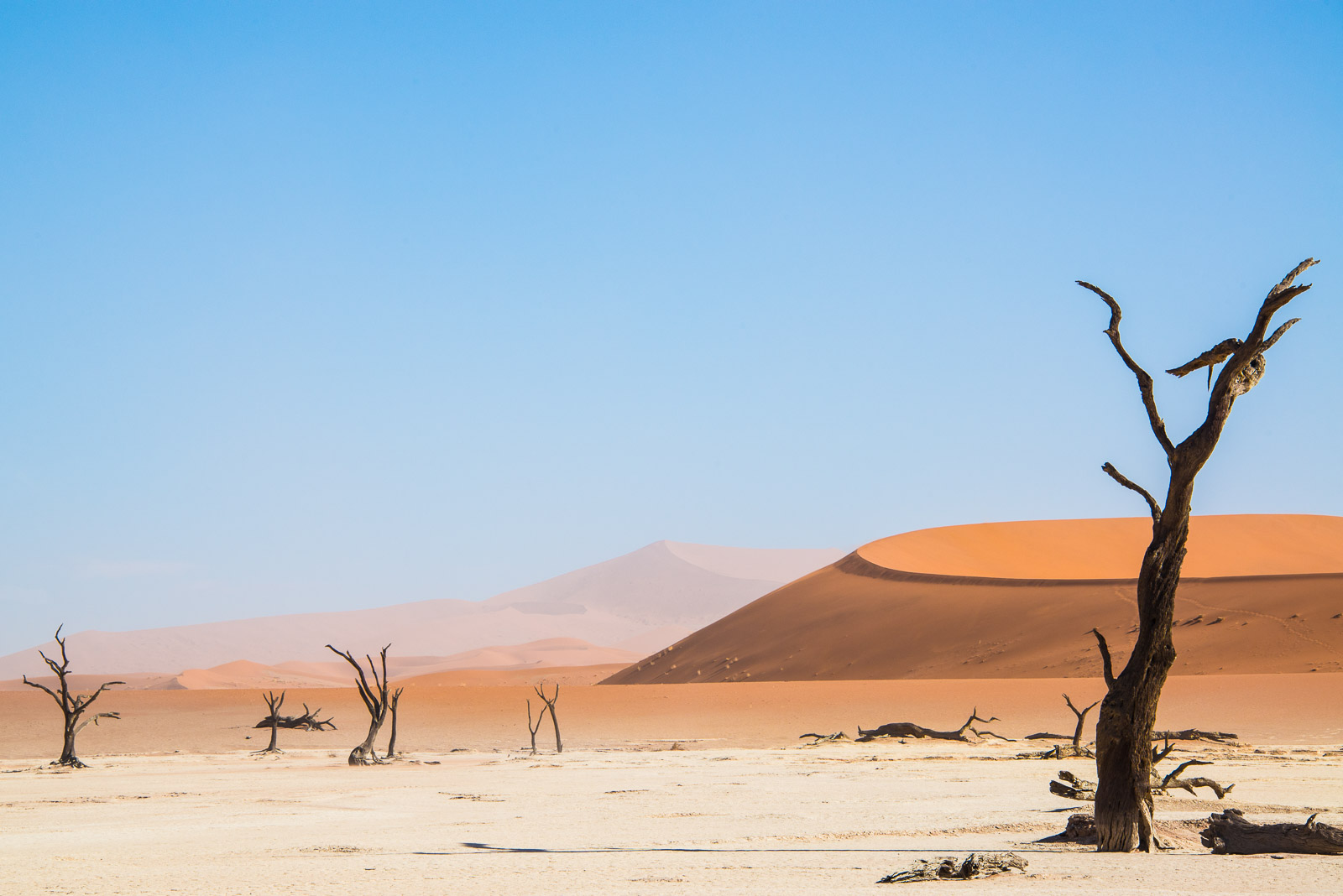 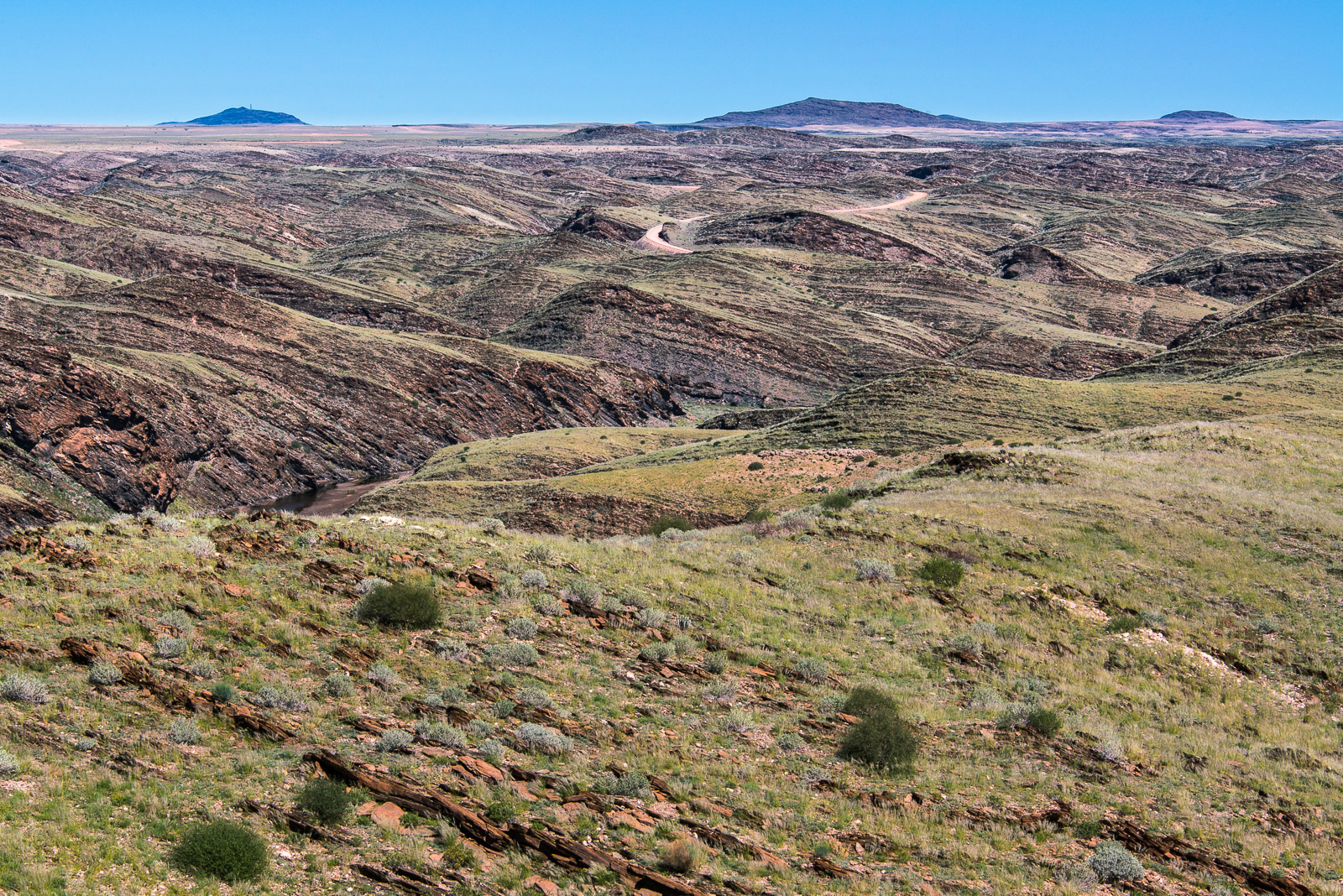 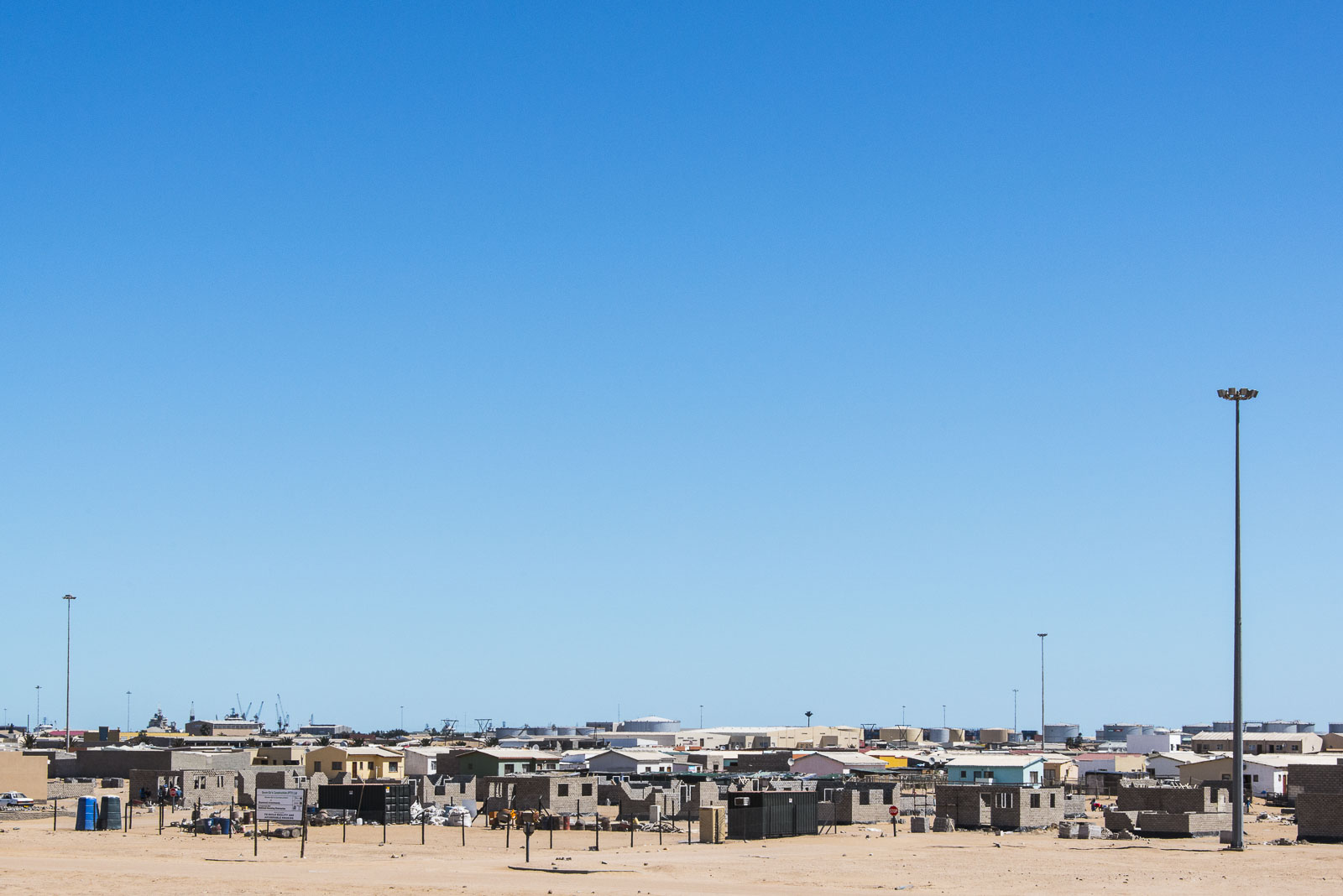 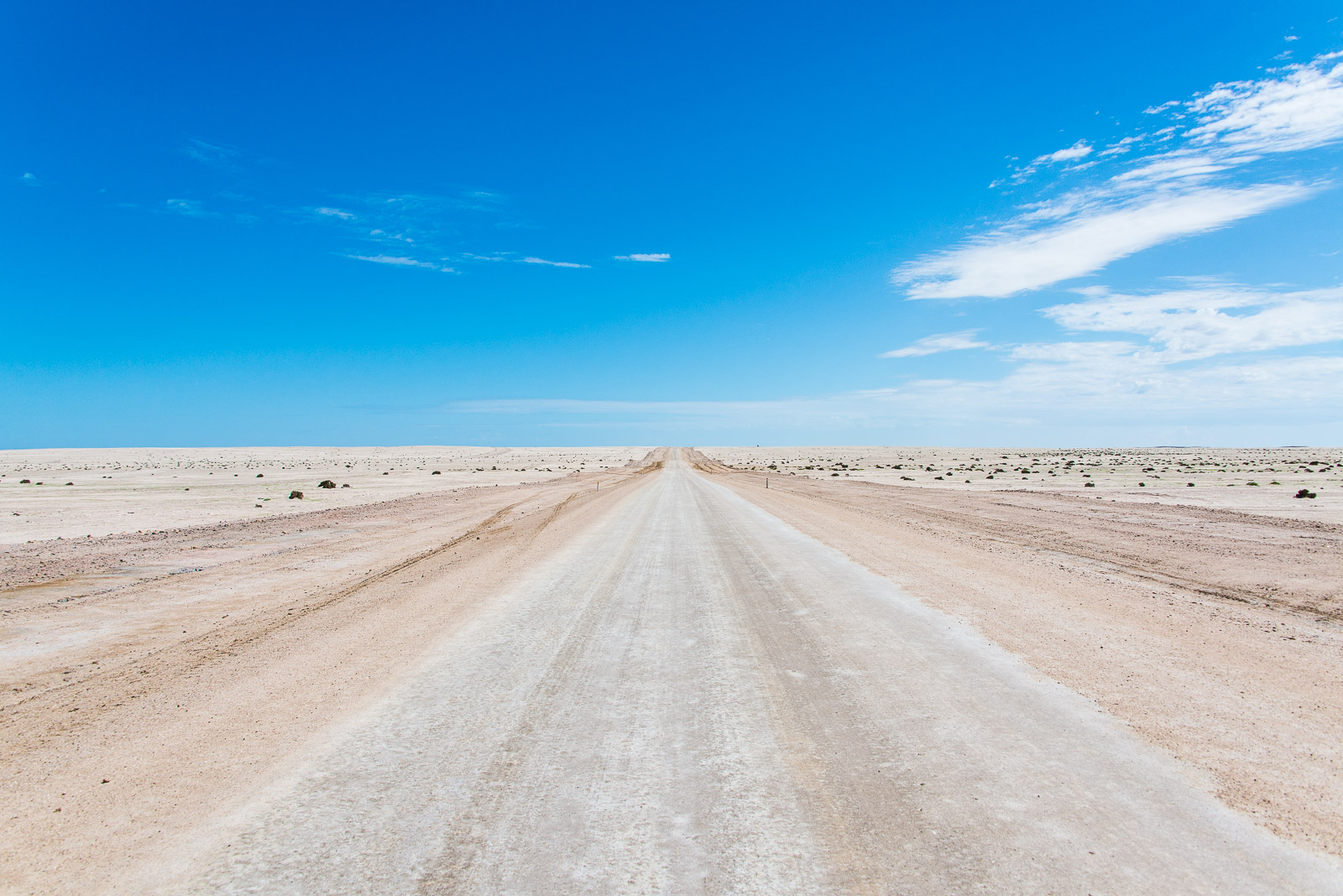 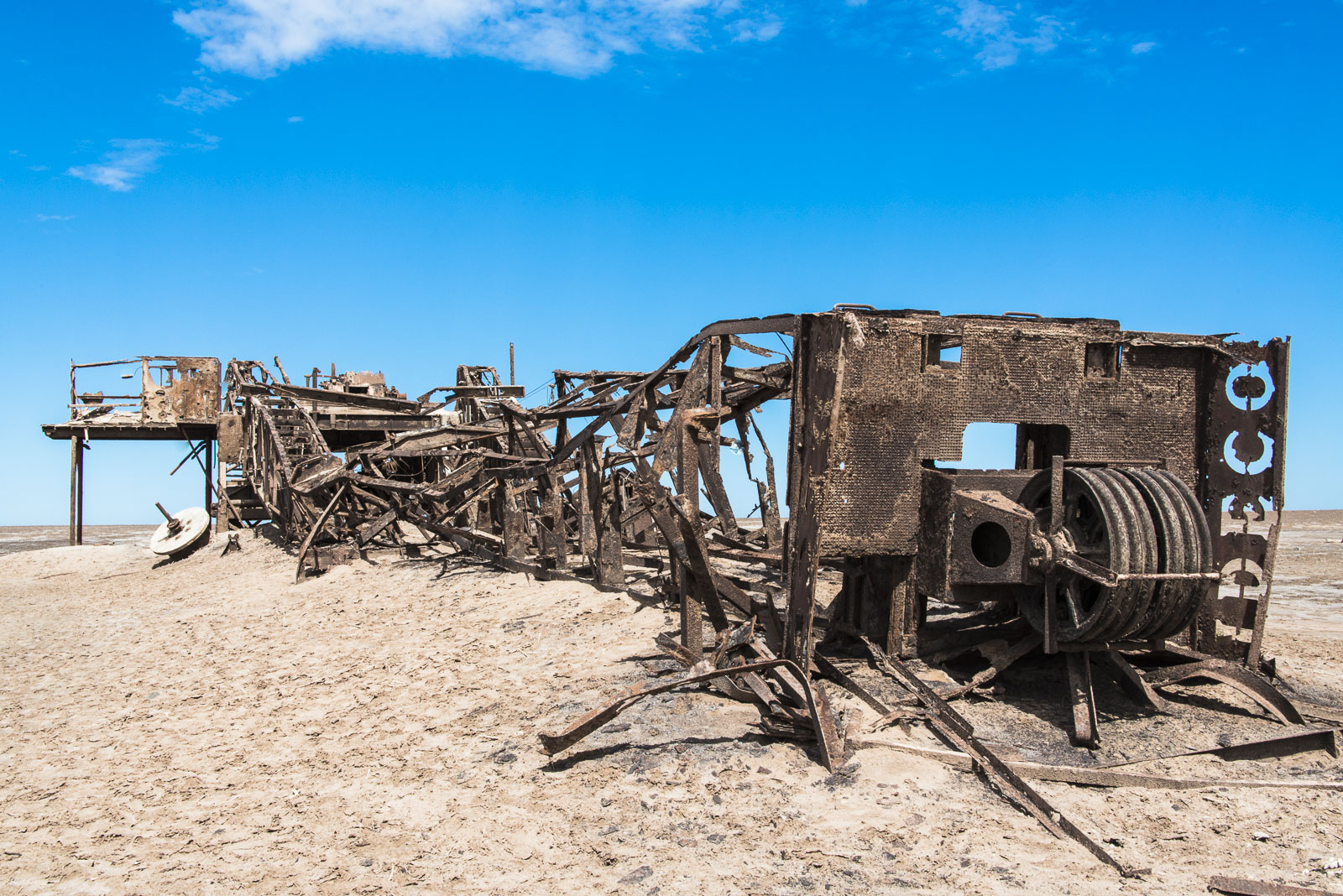 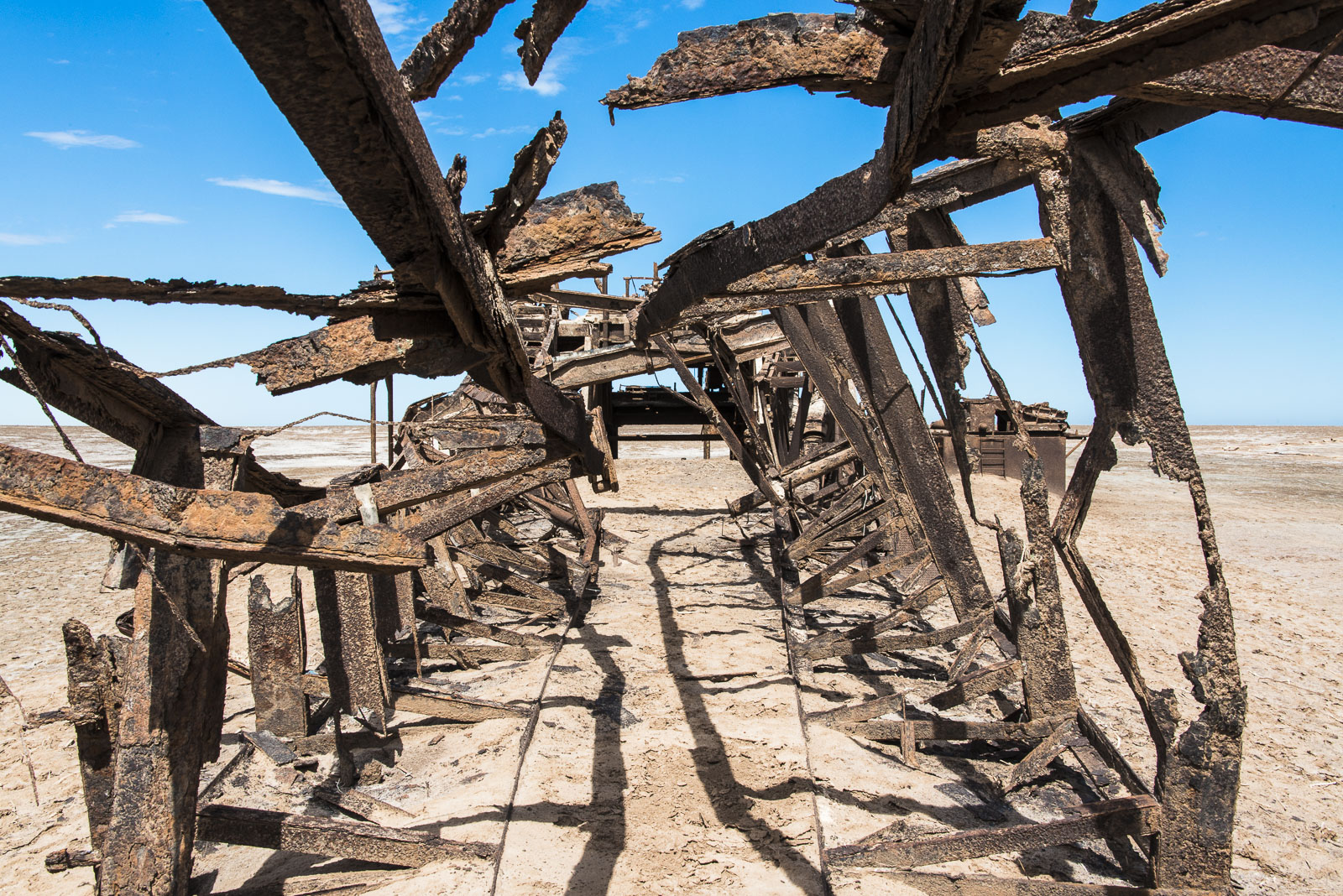 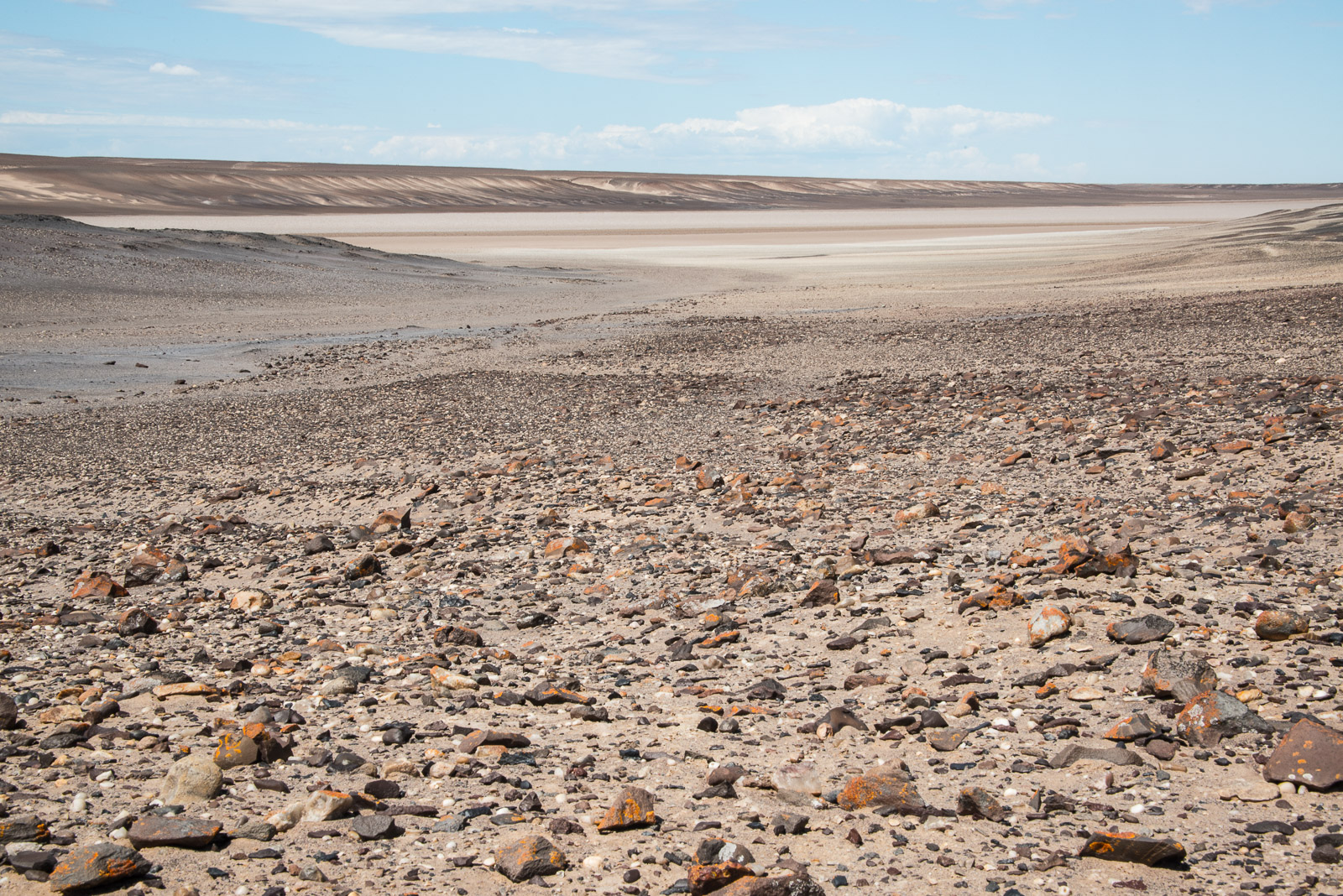 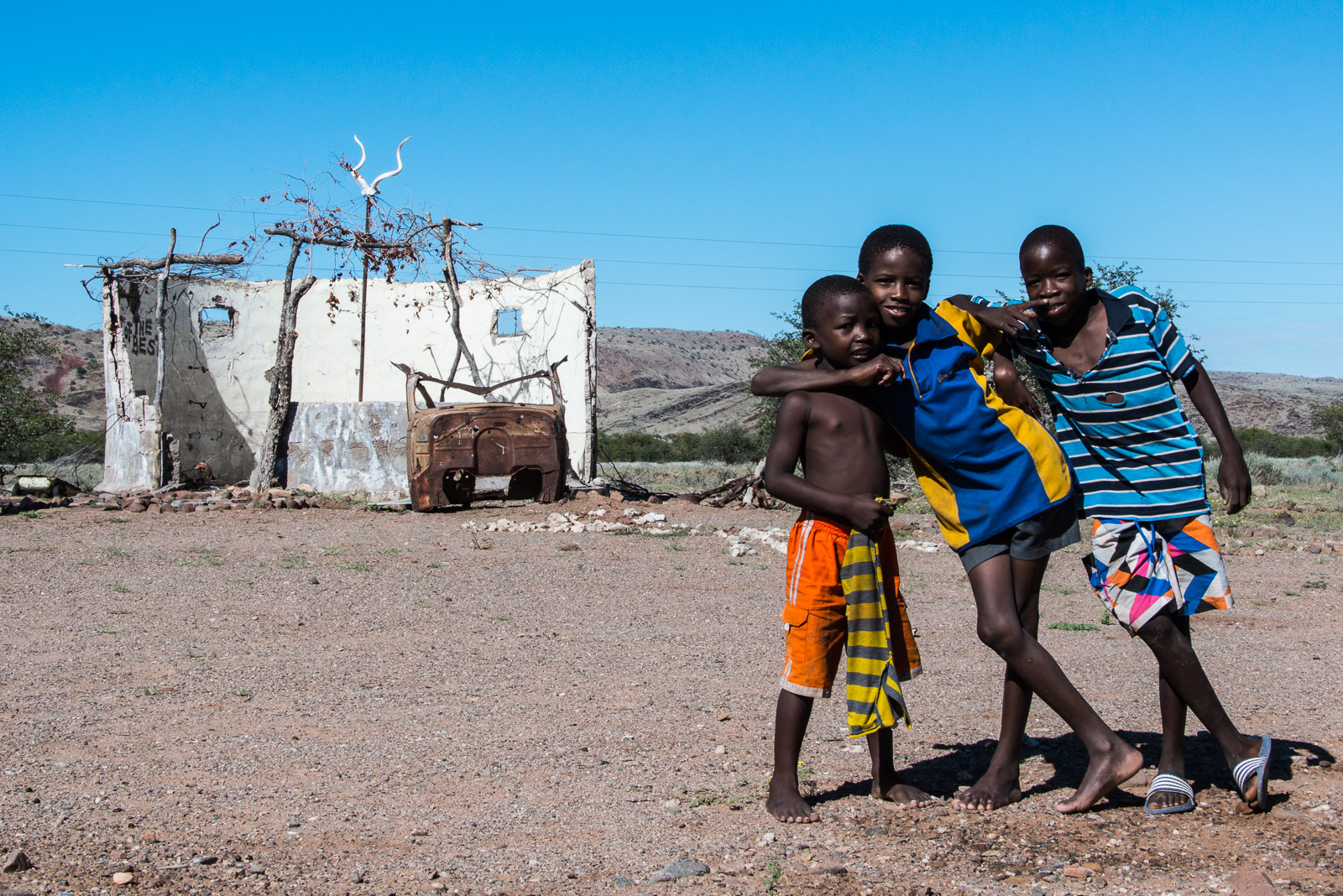 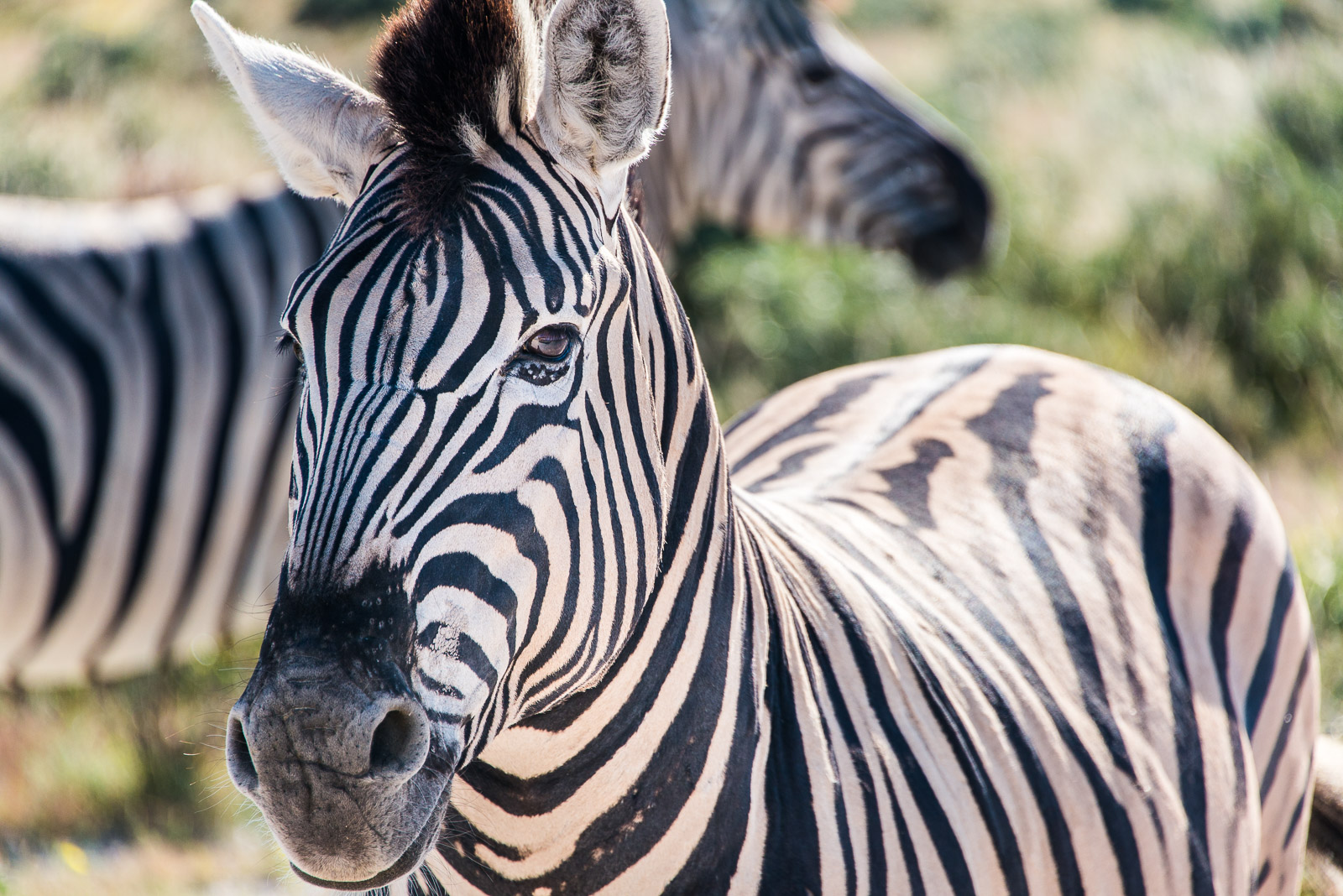 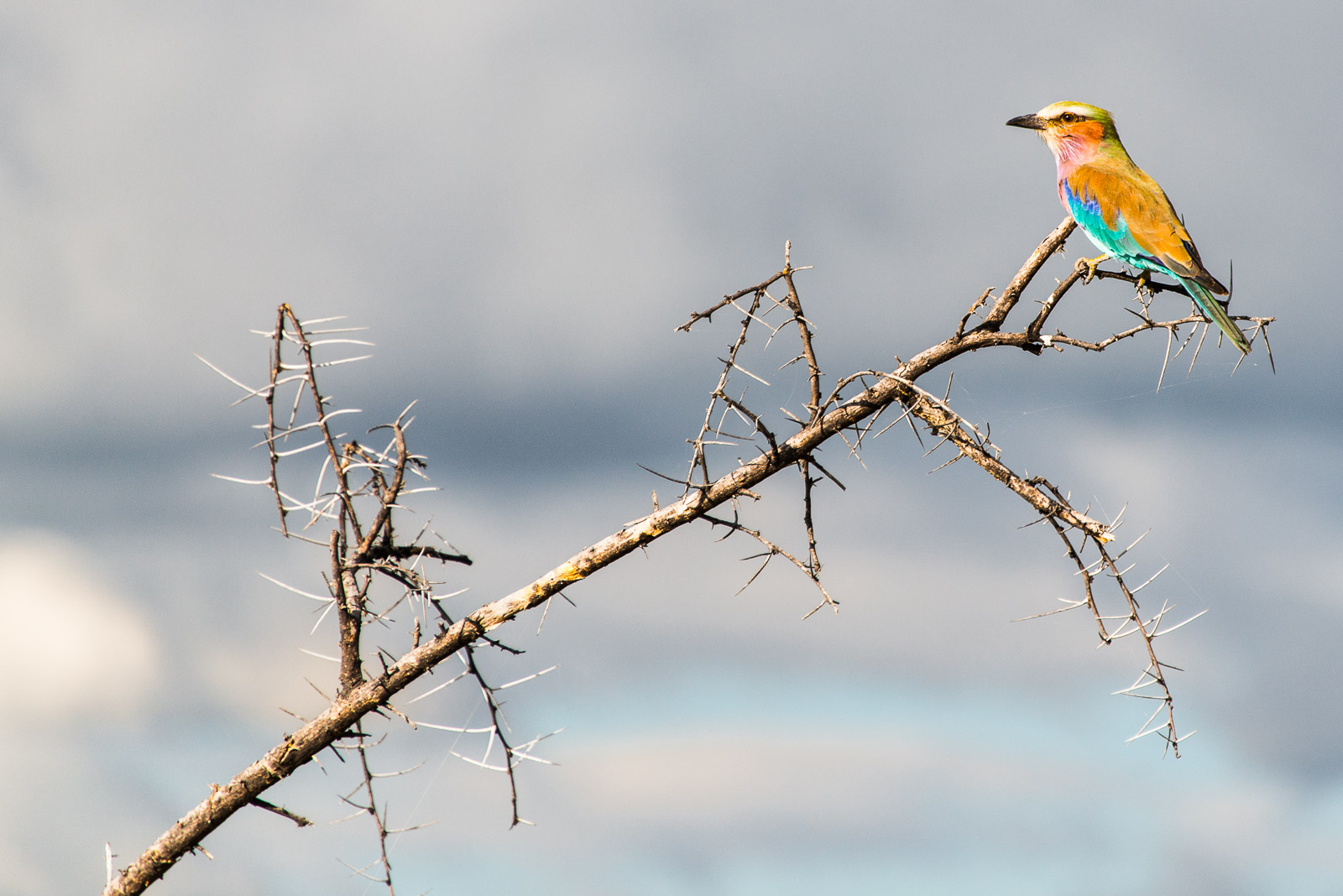 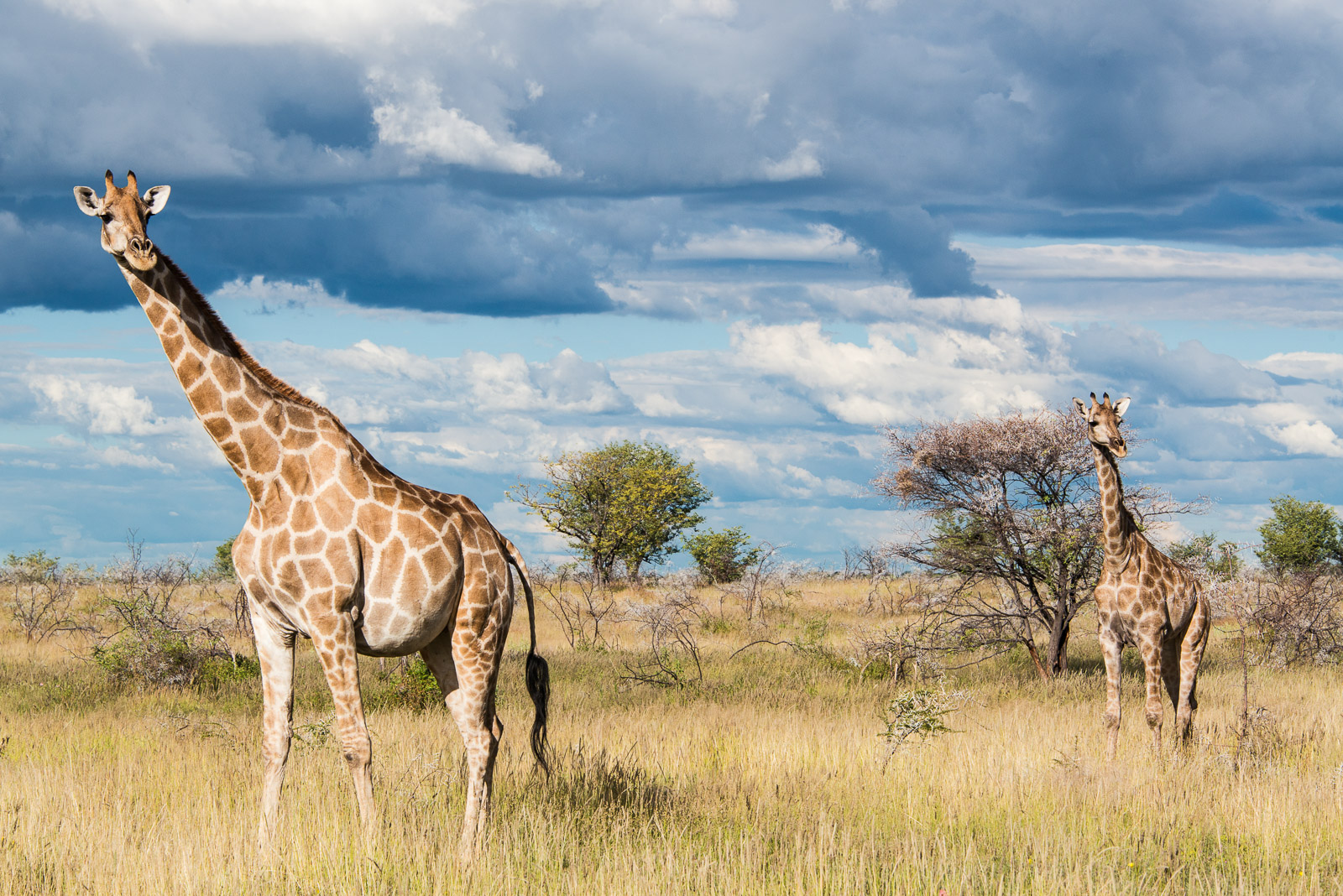 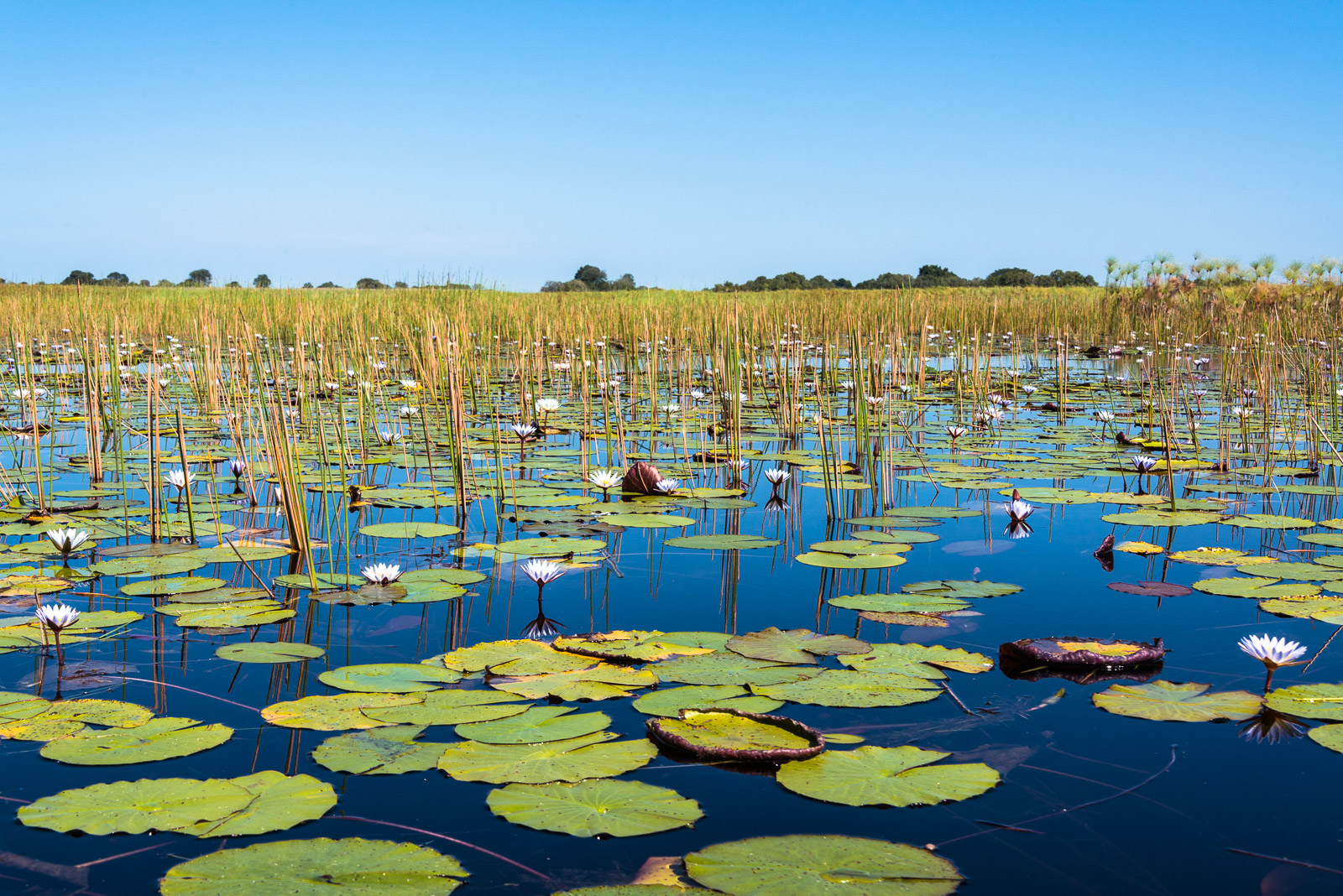 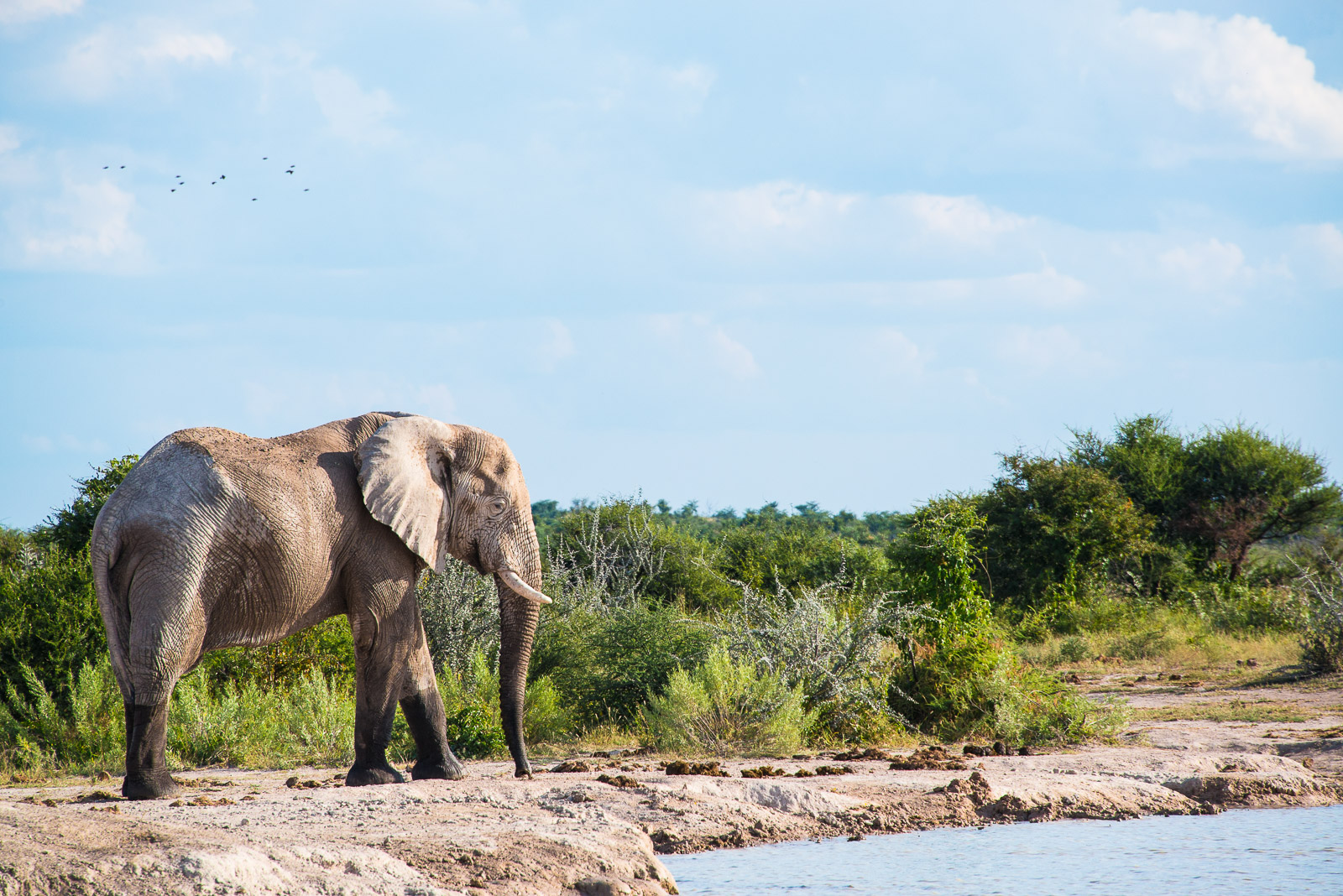 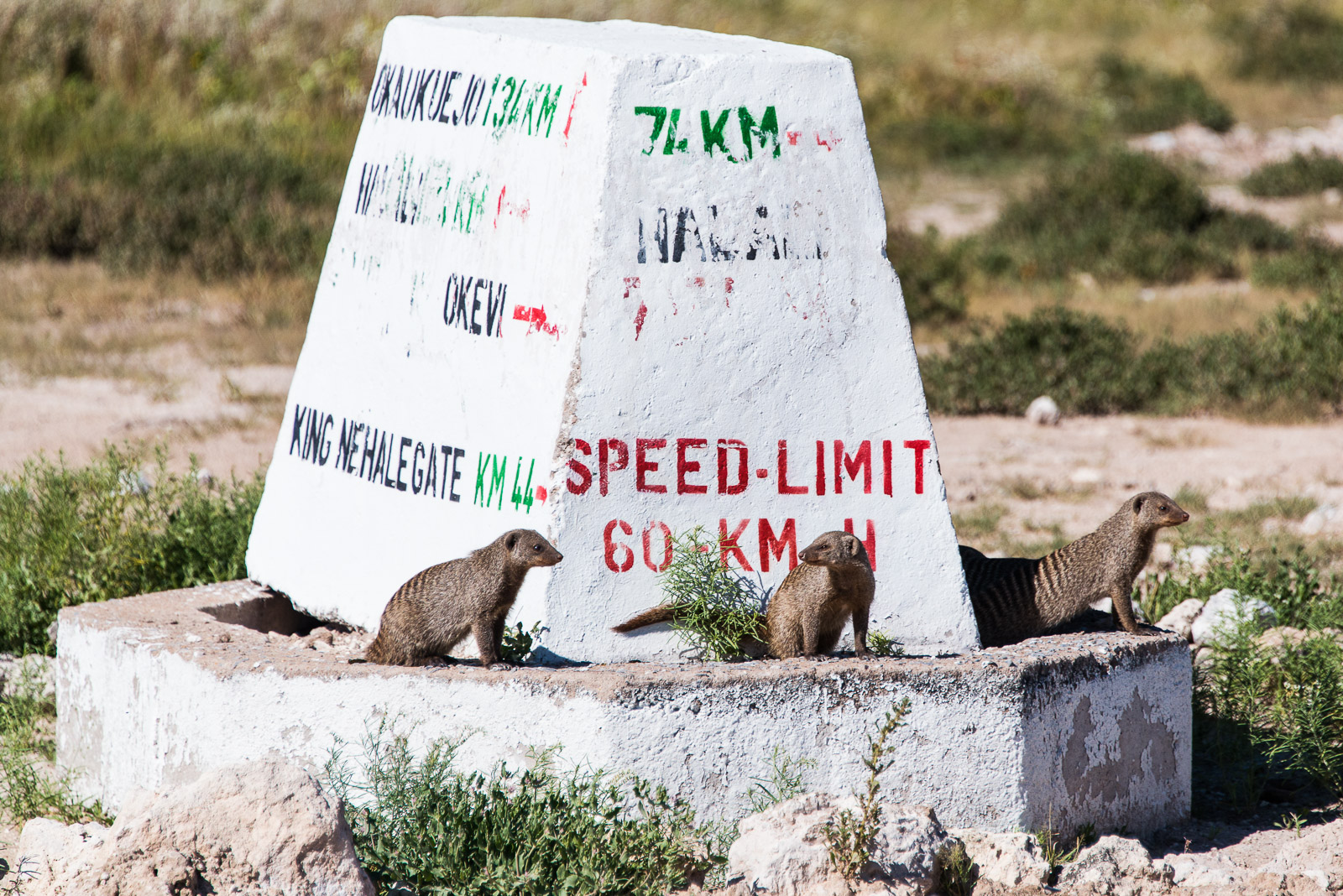